The historic Castle and its connection to Anne Boleyn and Henry VIII make it a popular choice with Tudor documentary makers and Hever Castle regularly appears in TV programmes about this fascinating period of history.

Filming in the Castle is restricted to times when it is not open to the public: usually before 11.30 am or after the visitors have departed (times vary throughout the year).

The formal and informal gardens provide a stunning backdrop for filming and fashion shoots whatever the season. From the award-winning Italian Garden with its Greek and Roman Statuary, Pompeiian Wall and Grotto Walk to the majestic Loggia and Nymph’s Fountain based on the Trevi Fountain in Rome. And from the romantic quintessential walled Rose Garden to the Tudor Garden, Blue Corner and Topiary Walk.

Other locations around the estate that can be used for film and photography include the Astor Wing with its beautiful wood panelled interiors, the Water Maze, Lake Walk and 38-acre lake.

Timings for filming in the gardens and grounds are more flexible and can be accommodated during opening times as well as early and later in the day.

While everything is done to assist film crews and photographers, the safety and enjoyment of visitors is a priority during opening times when crews are required to work around the public. It should be noted that Hever Castle is under the flight path to Gatwick and during certain months, aircraft noise may need to be taken into consideration when filming in the grounds.

We are always happy to accommodate recces and advise on the iconic locations and settings to suit your brief. For filming and photography, Public Liability insurance is required and a contract must be signed prior to crews arriving on site.

These vary according to the type of filming and photo shoots and each enquiry is considered on an individual basis to cater for the needs of your crew.

Filming requests for historic documentaries or TV programmes which clearly identify the location as Hever Castle are considered according to their PR value, and the production company may only be charged for extras such as hiring a green room/dressing room for the day or where additional Castle staff are required for the shoot.

Similarly, location fees for Fashion Shoots are charged according to the location credit and any additional editorial coverage Hever Castle receives within the magazine.

To discuss your requirements for the above or arrange a recce, please contact our Press and Marketing Department at filming@hevercastle.co.uk or telephone: +44 (0)1732 861710.

Commercial shoots are charged on an hourly rate (min half day). Please email filming@hevercastle.co.uk stating your company name and contact details, date/s required and a brief outline of the project for current rates.

All couples who hold their wedding ceremony in the Castle, Astor Wing or on the Loggia are obviously most welcome to use the Castle and Gardens for their bridal photographs.

We also welcome couples who have not held their ceremony here but wish to use our beautiful gardens as a backdrop for their photographs. The following policy applies:

All photo shoots can be booked a maximum of six weeks in advance so as not to clash with any ceremonies or events that may be taking place on site.

Photography will be permitted throughout the grounds but not inside the Castle.

The following fees will apply:
Bride, Groom and photographer – free entrance.
Normal entrance fees for all other guests (individual or group rate as appropriate).
£550 + VAT set fee for the use of the Gardens for photographs.

Photo shoots can be booked a maximum of six weeks in advance, so as not to clash with any other ceremonies or events that may be taking place on site. The facility fee for the pre booked photographic date is non-transferable unless the weather deems any photography impossible. Payment is in advance or on the day by cheque, credit card, credit transfer or cash. Photography will be permitted throughout the grounds but not inside the Castle. We do not allow drones.

Please email our Operations Manager or call 01732 861711 to discuss your requirements.

The use of drones is not permitted on or over Hever Castle & Gardens without prior approval.

If use is approved by Hever Castle & Gardens then the following conditions will apply:

All drone operators and fliers must also provide details of their Drone Registration Identification numbers.

Please note: for all commercial and personal filming, drone flying will be treated as a commercial hire and the appropriate fees will apply.

• How Did Henry VIII Use Sex and Power to Secure His Legacy? Presented by Kate Williams. BBC iWonder, 2015.

• The Most Dangerous Man in Tudor England, presented by Melvyn Bragg. BBC Two, 2013.

• The Science of Gardening, presented by Carol Klein. BBC TWO, 2015.

What's on in November 2021 at Hever Castle

What's on in October at Hever Castle 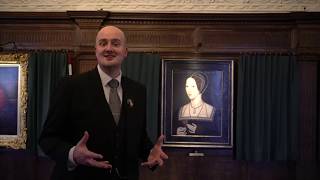 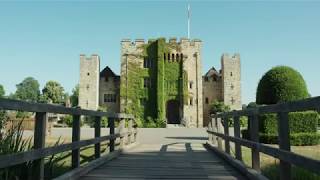 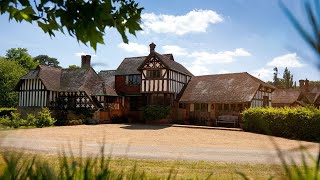